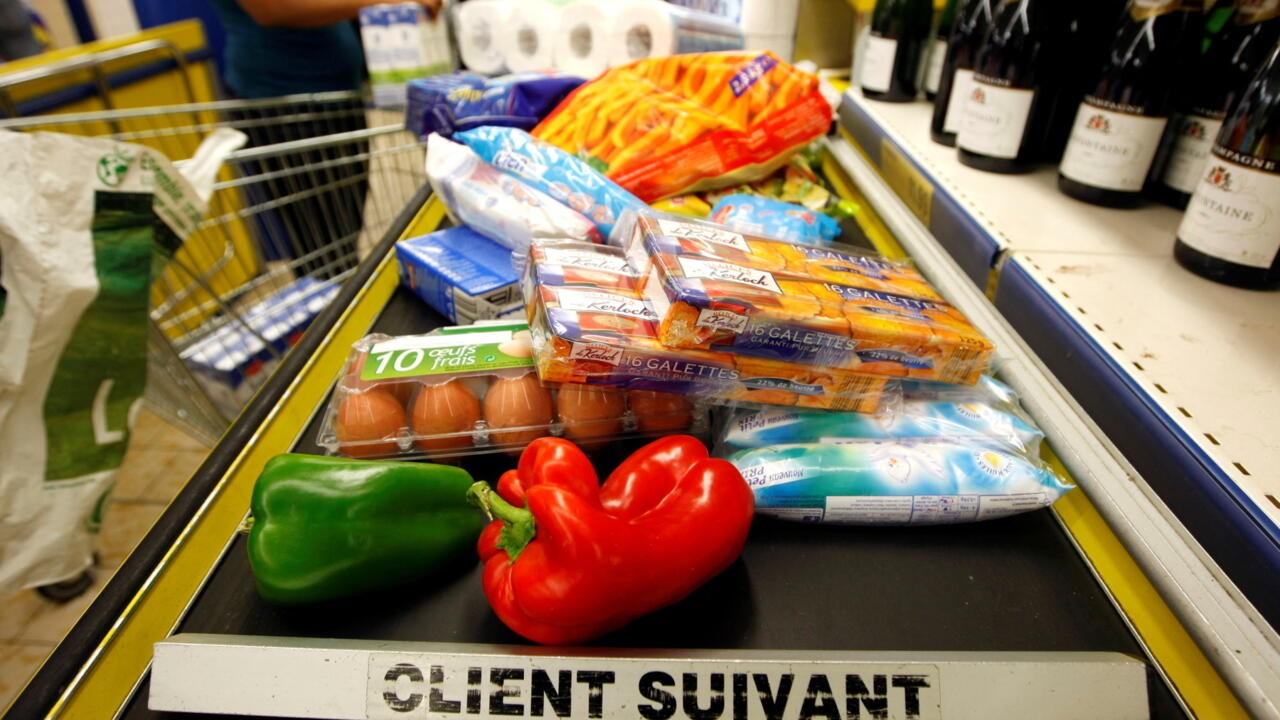 Inflation is creeping up in France, as it is in many parts of the world, but economists point out that not all prices are increasing. However, consumers are feeling the pinch, because the products that are most impacted are daily necessities, like petrol and food.

“Today we have a very particular inflation, in that it is not all prices that are rising, but only certain ones,” said economist Eric Heyer, of the OFCE at Sciences Po in Paris.

Inflation in France in April was at 4.8 percent, with the Insee statistics institute predicting it will hit 6 percent by June.

Breaking down the numbers, this inflation is being driven by a 25 percent increase in energy prices over the past year along with a rise in food prices of 6 percent, while manufactured goods and services have only risen 3 percent.

“The average consumer doesn’t care whether or not inflation is official or not, they just see prices going up,” he added.

Prices on the rise

The war in Ukraine has contributed to inflation, but prices were already on the rise even before Russia invaded in February 2022, as the French economy was recovering after Covid lockdowns.

“People were prevented from consuming [during the first lockdown in 2020], so demand went down, and prices went down. Then things reopened and demand came back. Everyone wants to consume again. So demand has exploded all over the world, with companies wanting to restock all at the same time.”

This kind of inflation was expected and assumed to be temporary. It went on longer than expected, and it has now intersected with the war in Ukraine, which has hit energy prices in particular.

What is costing more?

Supply issues will continue to impact inflation in the coming months, says the Insee, which predicts rises of 5.2 percent in May and 5.4 percent in June.

Government price freezes and fuel and energy subsidies have served to “noticeably contain” inflation, which would otherwise be at 7 percent, the institute wrote.

But predicting what will happen later is more difficult.

“The evolutions of energy prices and commodities remain largely dependent on geopolitical developments around Russia,” writes Insee, predicting that prices will stabilise around levels measured at the start of May.

Because inflation is not affecting prices across the board, interest rates are unlikely to go up. But if they do, Heyer warns of other problems.

“This will introduce something called ‘stagflation’: if you increase interest rates too much you will slow down economic recovery, so there will be no growth – stagnation – and inflation,” he explained, pointing to the French economy in the 1980s, which saw high unemployment.

The issue for France right now is how to compensate for people’s loss of purchasing power, as the cost of energy and daily goods continues to rise.

The government has decided to provide subsidies and not have companies shoulder the costs of increasing salaries or cutting into profits, which would affect longer-term investments.

“But it’s a cost of public financing,” warned Heyer. Will the deficit be filled with future tax increases, or reductions in public spending?

“It’s putting off the question to later,” he said. “Deficits get passed on to future generations. “We can compensate for low salaries today, but we may have to take it away tomorrow.”